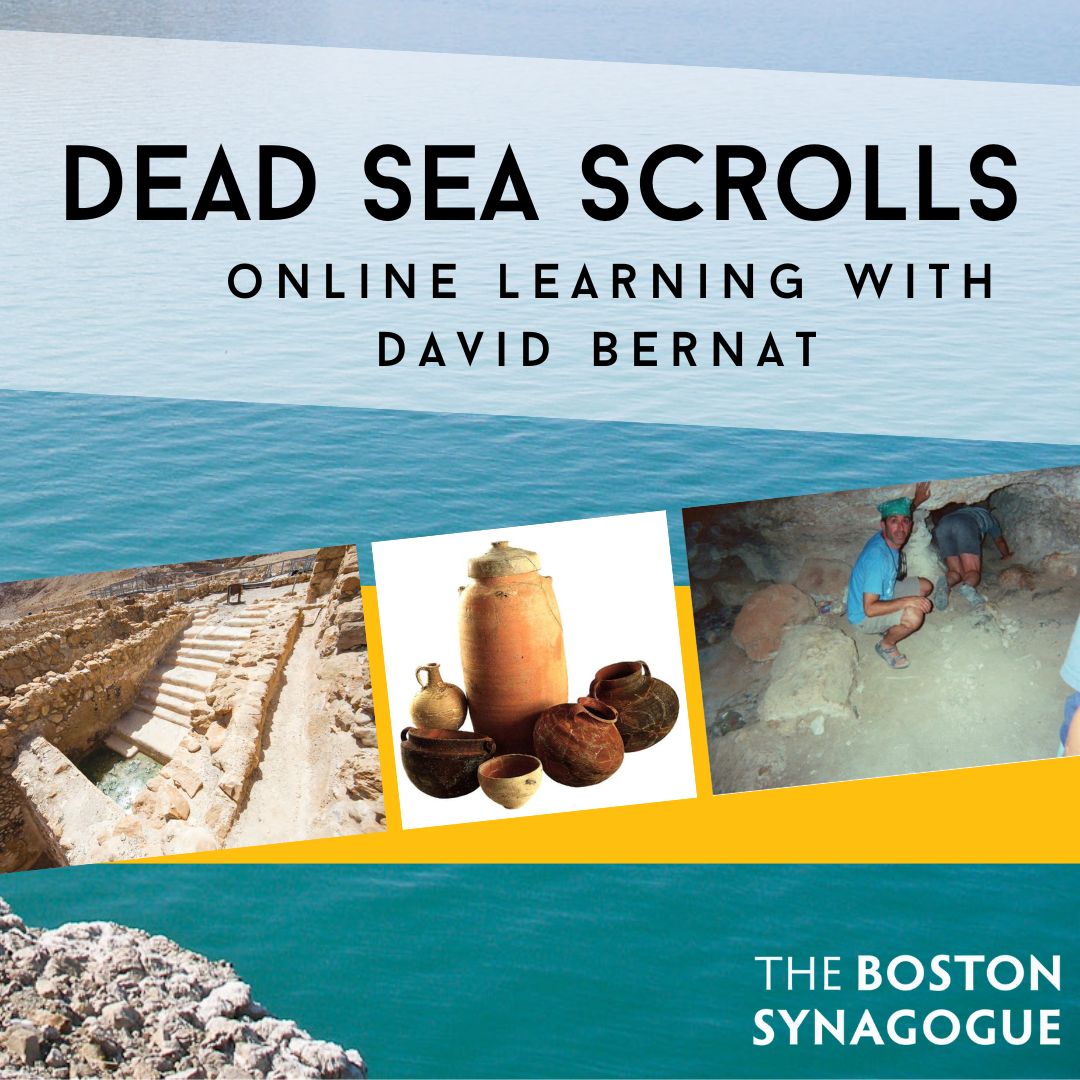 Online Learning with David Bernat: Unravel the crucial details of ancient Jewish history & tradition during the time of the Maccabean Kings, Roman conquest of Judea & more!

In 1947, a Bedouin youth “stumbled upon” a cave with clay jars & a Hebrew parchment that found its way into Israel’s hands in an episode worthy of spy novelists such as John Le Carre or Daniel Silva. Decades later a settlement by the Dead Sea, alongside 11 desert hillside caves was discovered. These caves contained thousands of documents providing crucial information about ancient Jewish history, tradition, & practice from approx 200 BCE & the time of the Maccabean Kings to 70 CE & the Roman conquest of Judea & destruction of the 2nd Temple in Jerusalem. The scrolls also clued us in to the transitions from the Torah to Rabbinic Literature, & the connections between early Judaism & nascent Christianity.

$325 payable to David Bernat directly via check by mail or Venmo.