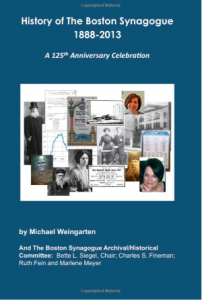 History of The Boston Synagogue 1888-2013: A 125th Anniversary Celebration

As part of the 125th anniversary celebration of the founding of Beth Jacob in 1888 in Boston’s West End, the Board of the Boston Synagogue decided to celebrate by writing a history of the synagogue & its predecessor shuls.

This task was made much more difficult by the fact the shul’s Archival/Historical Committee began with very little information, & limited archival record access.

However, after what became an elaborate treasure hunt, the Committee developed a fascinating story of how these shuls were established, prospered, & then weathered a prolonged period of decline Much of what was uncovered is not widely known.

Parts of it are funny (like the story of how some disgruntled Kosher butchers & a rejected suitor poisoned all 2,000 guests at the wedding of a rabbi’s daughter; fortunately, no one died).

The Committee also interviewed former West End resident Leonard Nimoy, who among other things commented that the famous Vulcan salute comes from the priestly blessing that he observed as a teenager at one of our predecessor synagogue’s High Holiday services.

In some ways, the story of Boston Synagogue is the story of Boston generally: substantial growth due to immigration at the turn of the 20th century; followed by a long period of urban decline; then substantial resurgence as downtown Boston has become an increasingly attractive place for people to live. As such, this history celebrates not just the Boston synagogue, but the entire downtown Boston community of which it is a part. 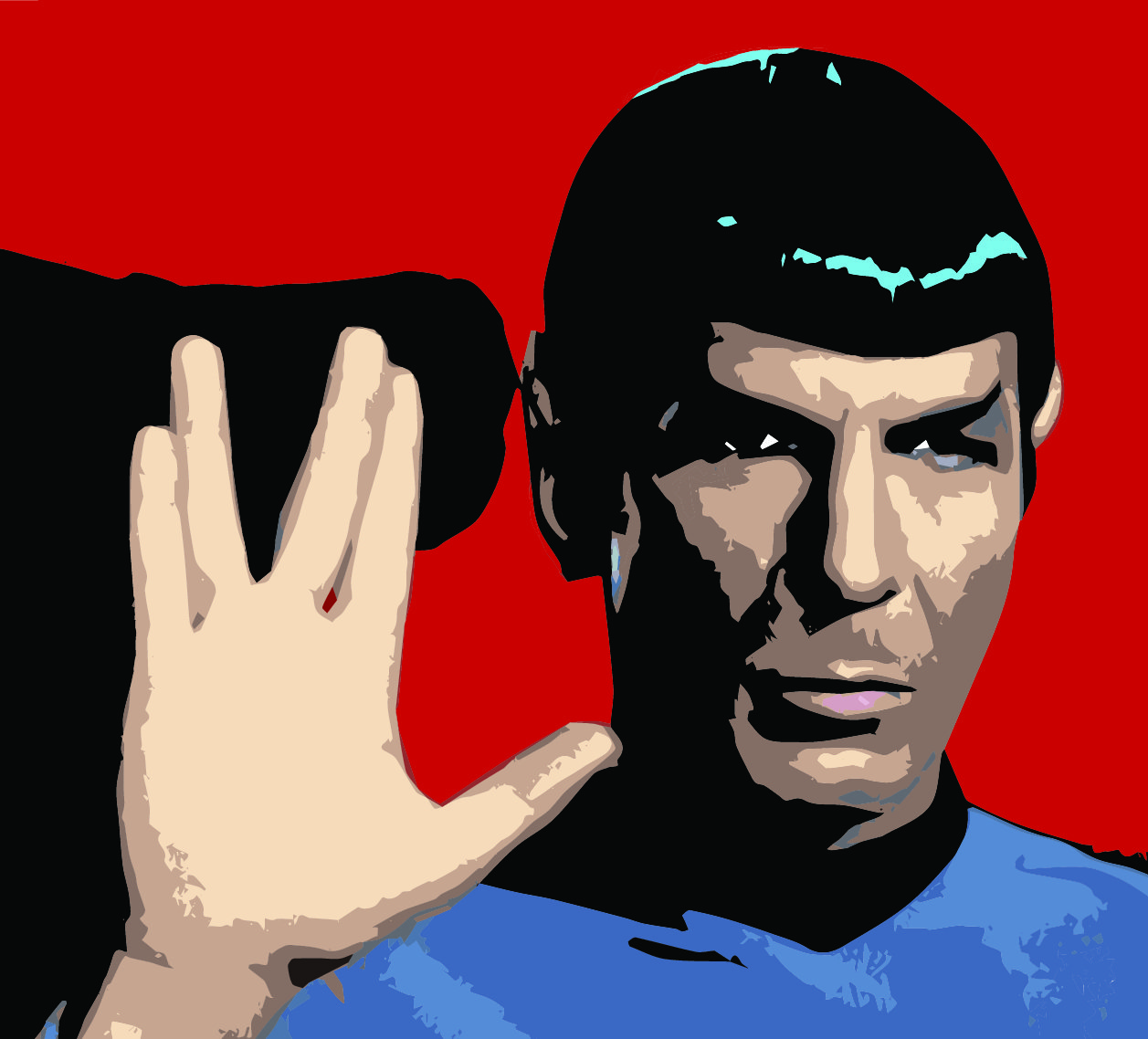 “The famous Vulcan salute comes from the priestly blessing that he observed as a teenager at one of our predecessor synagogue’s High Holiday services.”

-Leonard Nimoy said when interviewed for this book 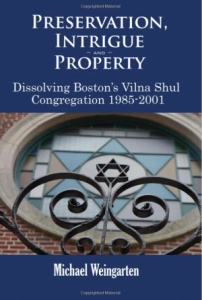 This book tells the story of how a dying synagogue congregation on Boston’s Beacon Hill (the Vilner Congregation, which built & operated the Vilner (Vilna) Shul on Phillips Street) filed what it thought would be an uncontested dissolution plan.

The petition instead triggered a reaction in which Jewish communal groups, local synagogues, preservationist interests, First Amendment religious rights, the Court system & Boston political/regulatory interests intersected with a real estate recession to create a legal maelstrom lasting over fifteen years (from 1985-2000) involving control of the shul’s real estate & Torahs. Over the ensuing years, much of the details of what occurred have been obscured.

Here at long last is a carefully researched & definitive history of the dissolution of the Vilner Congregation, written by the author of History of the Boston Synagogue 1888-2013.